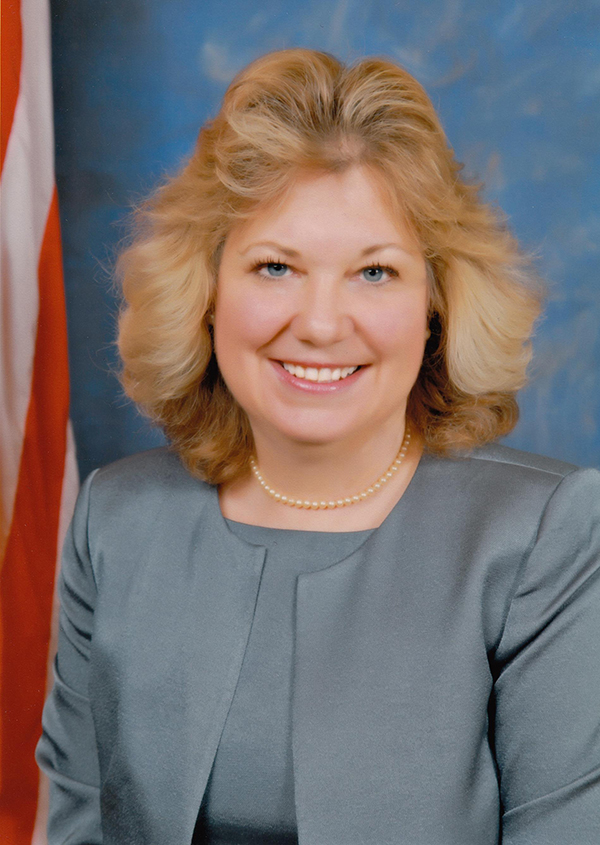 Council Member Nancy Tragarz was elected in 2008, 2012, and 2016 to serve on the Walnut City Council and was chosen by her fellow Council Members to serve as Mayor in 2011, 2014, and again in 2018. She previously served as Vice Chairperson of the Parks and Recreation Commission, Vice Chairperson on the Ethics Committee and on the Family Festival Committee.

Nancy began her career working in the accounting and finance departments at Unisys and Security Pacific National Bank. While attending law school, she worked for the L.A. County District Attorney’s Office as a Certified Law Clerk and was an extern to the Hon. Ronald S.W. Lew, U.S. District Ct. She went on to work at the law firms of Prenovost, Normandin, Bergh & Dawe and Munger, Tolles & Olson. She has successfully tried over 30 cases and has two written appellate opinions.

Nancy has been an active volunteer in the community serving as a Cub Scout Leader; Boy Scout Merit Badge Counselor; Walnut H.S. Community Partners, Suzanne Community Club Treasurer and Secretary; Collegewood Community Club Co-President, Co-Treasurer, Yearbook Editor, and Room Mom; School Site Councils at Suzanne and Collegewood; WVUSD Coordinating Council President and Vice President; WVUSD Facility Advisory Committee; WVUSD Equalization Committee; Treasurer for the Committee on the Measure “S” and “Y” school bonds. She has also been active in her Church, teaching Sunday school since 1998, leading the visitor calling ministry since 1991, and was the Church Treasurer. She has also been Team Mom for Soccer and Pony Baseball. She was also Vice President of the San Gabriel Valley Charitable Foundation and on the Board of Directors for OPARC.  In addition, she is a member of the Daughters of the American Revolution.

Nancy’s passion has always been working with the community. As one of your elected officials, she plans to continue serving the Walnut community, by helping to keep it a safe, friendly place to live.