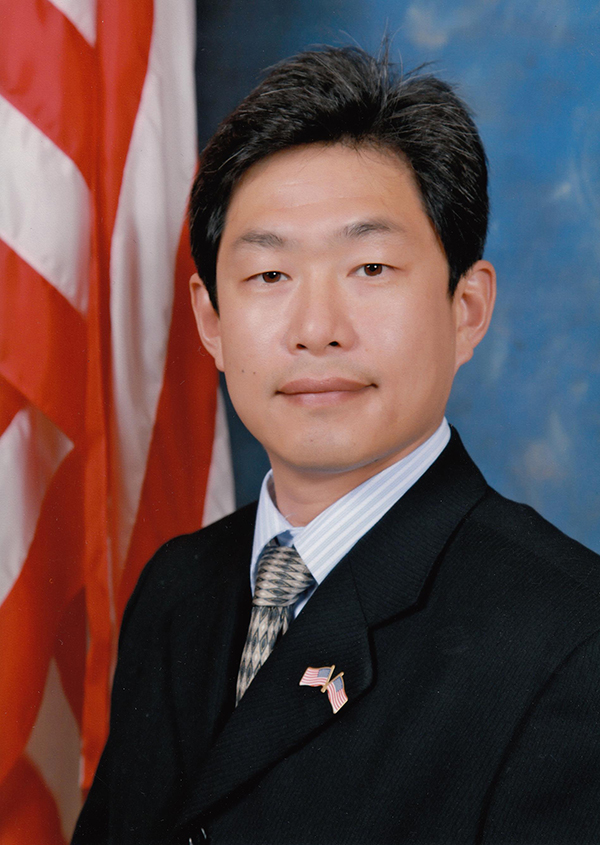 Council Member Ching has been doing volunteer work at local schools and non-profit organizations since he and his family moved to this beautiful community in 2004. Mr. Ching has a lovely wife who served as senior executive at a major bank. He is also the proud father of two daughters attending local schools.

Council Member Ching has an extensive background in business and management. He owns and has operated a telecommunications business for over 20 years. He has built strategic alliances with some of the world’s largest companies. He was a corporate officer of a multi-billion dollar electronic company with responsibility for a 50 million dollar budget. He helped with the marketing and introduction of a company’s large screen television in North America. Mr. Ching was appointed as a California Small Business Advisory Honorary Chairman.

Mr. Ching earned his B.S. degree in Marketing and Management from California State University Los Angeles in 1999. He is a California board certified contractor with over a dozen certificates in technology fields. Mr. Ching is an expert in latest communication technologies such as fiber optics.

His professional association includes Chinese American Association of Walnut which he served as a member during 2007 to 2012, and Mr. Ching served two terms as vice president of board and as the president in 2011. He participates with national civil rights groups to fight against discrimination. He consistently fought for public safety in our community and against undesirable projects to preserve our natural environment.