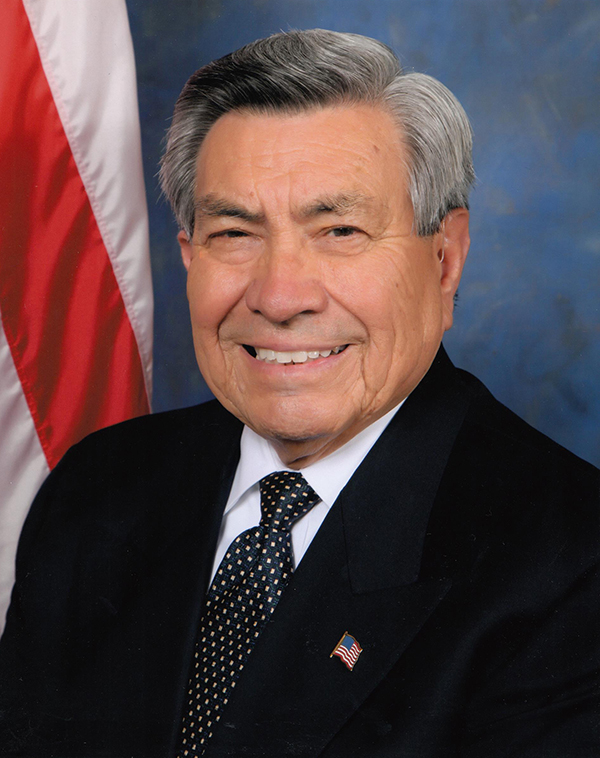 Mayor Pro Tem Robert “Bob” Pacheco has served the City of Walnut since 1994. He was first appointed to the Mayor’s Advisory Committee and then to the Walnut Planning Commission. In 1996, Bob successfully ran for, and was elected to, the Walnut City Council where he served for two years. In 1998 he was elected to the California State Assembly; making him the only City of Walnut resident to serve in the California Legislature. He was elected to three terms in the State Assembly from 1998 until he termed-out in 2004. In July 2013, Bob was appointed to the Walnut City Council.

Bob's professional career spans 60 years in business and in the legal profession. For over 40 years, Bob has been the Senior Partner of the law firm, Pacheco & Pacheco, located in the City of Walnut. Bob received a Presidential appointment to the United States Naval Academy Board of Visitors, and in California, Governor Schwarzenegger appointed Bob as California Senior Advisor for Jobs and Workforce Development, and as an Appellate Member of the Cal-OSHA Board of Appeals. Before becoming an attorney, Bob served as an AVP commercial lending officer for a California bank. In addition, Bob and his wife, Gayle, currently own, and successfully operate, a multi-million dollar manufacturing company located in Walnut, California.

Bob is involved in numerous community organizations. He is the founder of the Walnut Valley Educational Foundation, co-founder of the Walnut Humanitarian Medical Mission and The Gabriel Foundation, which sponsors the annual Industry Hills Charity Pro Rodeo. Most recently, he co-founded the newly formed Walnut Valley Symphony Orchestra and Master Chorale. He is also a member of the Industry Manufacturer’s Council and also represents the City of Walnut with the Regional Chamber of Commerce.

Bob has received numerous awards for his legislative and community accomplishments: