Residents in Walnut treasure the rural atmosphere that has been preserved through our open spaces. In cities that border open space, like the City of Walnut, sharing living space with wildlife is a way of life. While Walnut residents enjoy watching Red-tailed Hawks soar in the sky and may catch a glimpse of a coyote or raccoon, we must also learn to act responsibly as neighbors to our wildlife.

Wild animals are by nature fearful of humans, but when intentionally or unintentionally given easy access to food and water sources, their behavior changes and they lose the fear. This leads to interactions and potentially conflicts between humans, pets, and wild animals.

If you live in an area with a known wild animal presence, do your part to keep them wild in their natural habitat by following these simple precautions:

If wildlife behaves aggressively or attacks people, contact the California Department of Fish and Game at 858-467-4201. 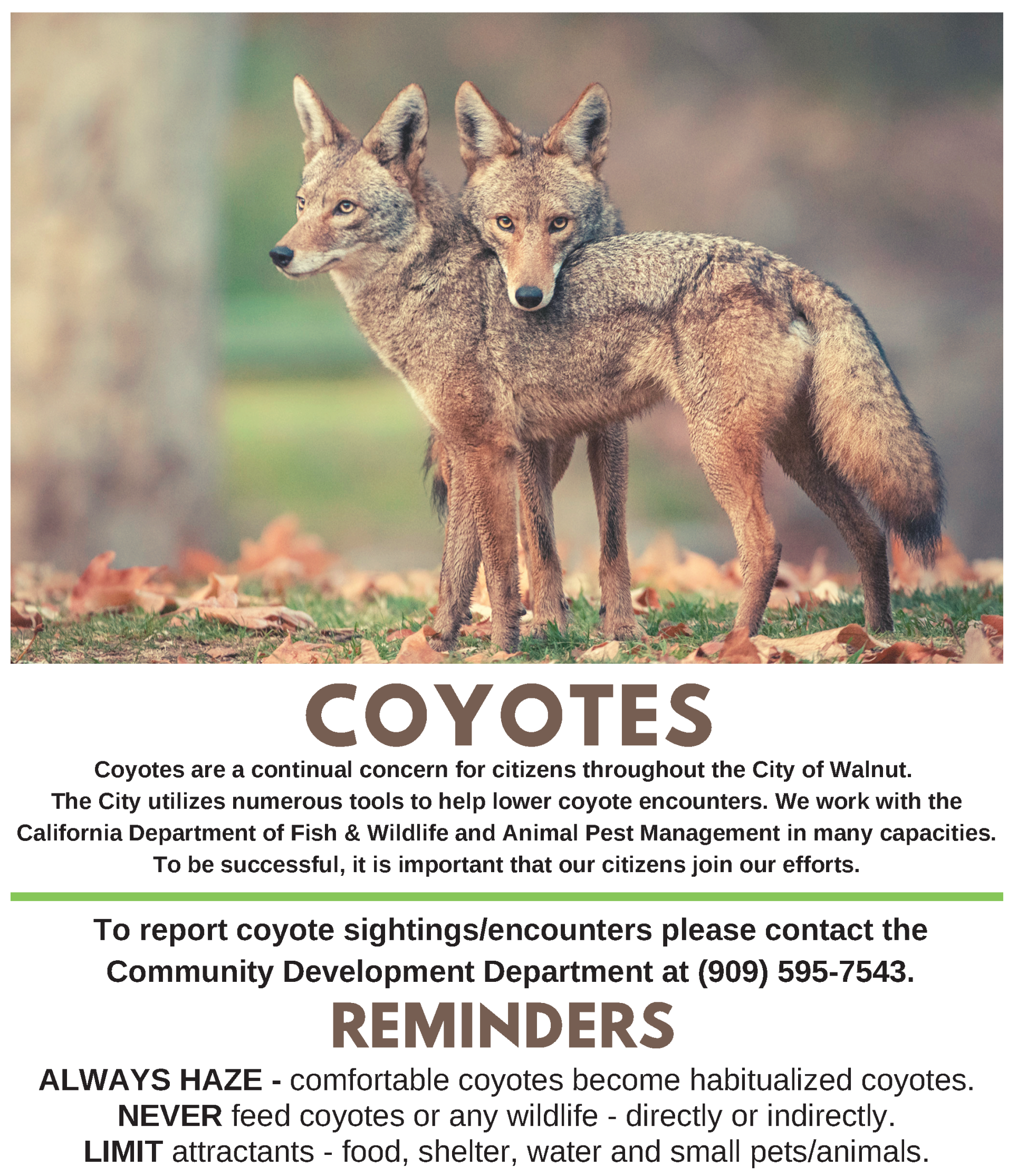 Coyotes play an important role in the ecosystem by keeping rodent populations under control, however their predator instincts sometimes give them a bad name.

While coyotes primarily hunt rodents and wild rabbits for good, they will take advantage of whatever “food source” is available, including garbage, pet food, and domestic animals.

If followed by a coyote, the Department of Fish and Game suggests making loud noises or, if this fails, throw rocks in the animal's direction.

Coyote questions may be submitted to the Community Development Department by phone at 909-595-7543 or you may report an encounter with the City of Walnut Coyote Encounter Form.

Additional coyote information is available below:

Free viewers are required for some of the attached documents.
They can be downloaded by clicking on the icons below.