Are you interested in learning more about Walnut history? Now you can! Residents can take a self guided tour of various historic sites throughout the City. Each site has been marked with a special sign to commemorate its significance to Walnut. Signs were placed at the following locations: 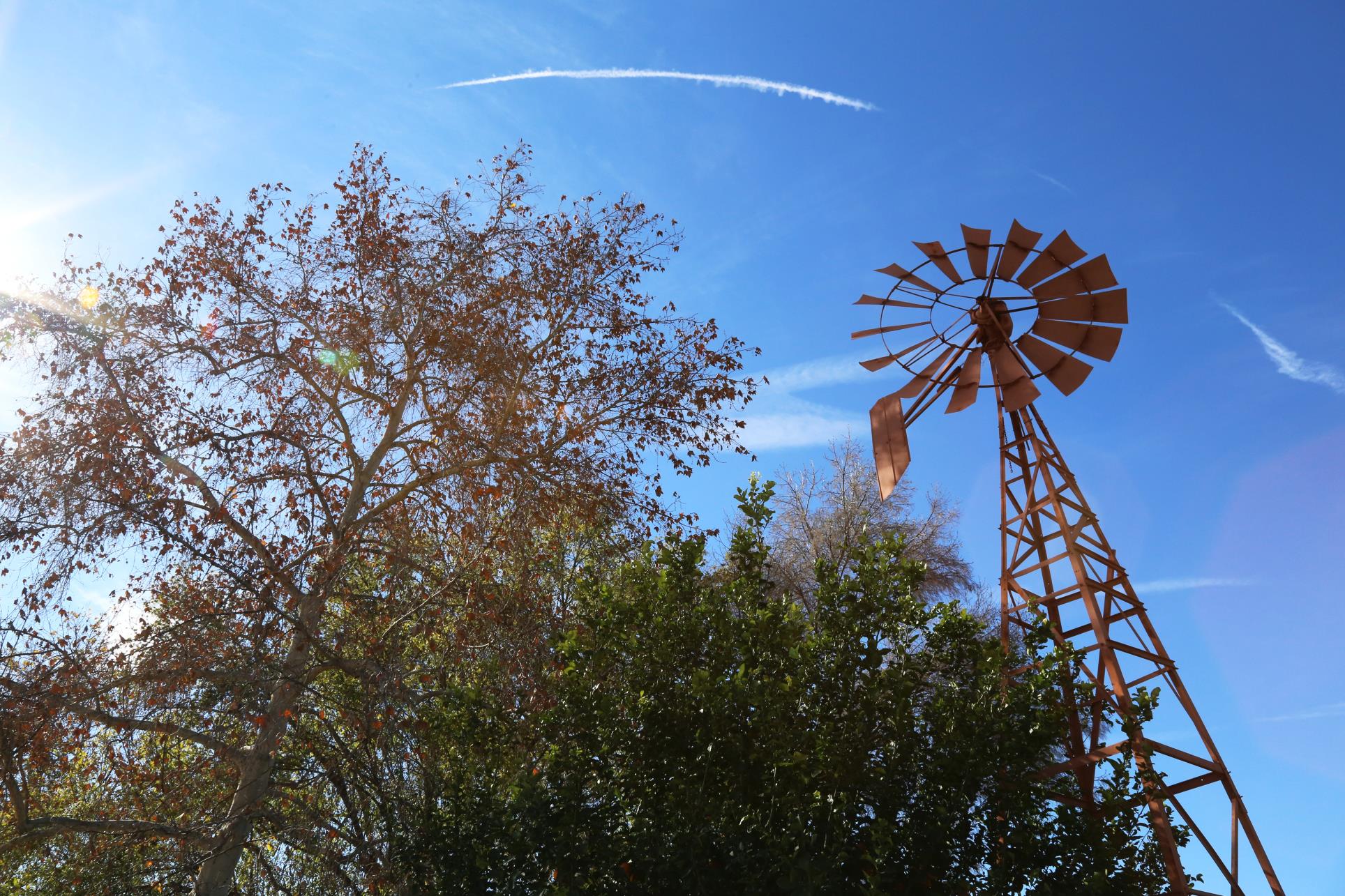 1. Suzanne Park, 1959
625 Suzanne Road
Suzanne Park was the first park to be developed after the City was incorporated in 1959. The park was built by Walnut residents.


2. Bob Quattlebaum Windmill
Fuerte Drive
(Located within Suzanne Park Site)
This metal windmill was donated to the City by the Quattlebaum family in memory of their father, Bob Quattlebaum. It was located on the family's property on Kelso Road and is now located at Suzanne Park.


3. Brookside Equestrian Center
800 Meadow Pass Road
This site first belonged to the Sentous family, holders of the 2,200 acre Sentous Ranch. The property was later owned by the Walton Family and used for stables, equestrian programs, and training.


4. W. R. Rowland Adobe Ranch House
130 Avenida Alipaz
This Adobe Ranch House, with its thick adobe walls, heavy wide doors, wood shingled roof and dirt floors, is the oldest building in the City of Walnut. It belonged to the owner of the Rowland Ranch, an area which incorporated all of Walnut.


5. Bourdet Home
Home of Mayor Pete Bourdet
166 Lemon Avenue
Pete Bourdet became the first mayor of Walnut in 1959. He was born here, farmed here and helped establish the first Walnut water system. His house was built in the 1920’s.


7. Carrey Home
Home of the Carrey Family
20330 Carrey Road
Pierre Carrey, father of Ernest Carrey, found employment on a walnut ranch and used the money he earned to buy the site of present day Walnut High School. His grandson, Robert Carrey, was one of the first City Council members, and held meetings in his small garage. He also helped to build the first City Hall. Carrey and Pierre Roads honor this family’s contributions to the City.


8. Site of First Walnut City Hall
20550 Carrey Road
Walnut was incorporated as a city on January 19, 1959, and the new town established a City Hall that same year.


9. Wild Life Sanctuary, Mt. SAC
1100 N. Grand Avenue
This 10-acre nature preserve was established in 1964 to serve as a protected example of Walnut’s natural habitat. It contains a stream, pond and countless species of birds. For more information visit the Mt. SAC website.


10. Grove of Walnut Trees
Grand Avenue
An example of walnut trees native to the area found growing throughout the City. 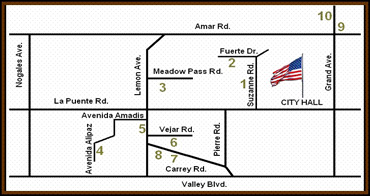 For more information on these historic sites, please contact the Community Development Department at (909) 595-7543.

Free viewers are required for some of the attached documents.
They can be downloaded by clicking on the icons below.