The history of Walnut dates back to the Indians who were of Shoshone origin. They were called Gabrielino Indians by the Spaniards because they lived in an area controlled by the San Gabriel Mission. Walnut was primarily used for the grazing of cattle and sheep by the Mission.

Spaniards who arrived here in the early 1800s introduced the concept of ranchos and started agricultural development and the creation of home sites. The first land grants in the Walnut area were those of the Rancho De San Jose granted to Don Ricardo Vejar and Don Ygnacio Palomares; the Rancho De Los Nogales, issued to Jose De La Cruz Linares; and Rancho La Puente, issued to John Rowland and William Workman in 1842 which consisted of a total of 48,790.5 acres. The City of Walnut was included as part of one of the 24 ranchos belonging to the San Gabriel Mission

In 1868, John Rowland and William Workman divided Rancho La Puente, leaving Rowland the eastern half and Workman the western half. Rowland’s land included the western portion of Walnut. The land was used for raising cattle and growing wheat, grapes, and fruit trees.

Many years earlier in 1840, Mexican Governor Juan Alvardo awarded a man named Jose De La Cruz Linares a land grant of 4,340 acres, land which included a portion of Walnut. This land was known as Rancho De Nogales, or Ranch of the Walnut Trees. In 1847, seven years after the unfortunate death of Linares, the rancho was acquired Ricardo Vejar. This land included the eastern portion of Walnut and became part of Rancho San Jose. The City of Walnut originally obtained its name from the Rancho De Los Nogales land grant, Nogales being the Spanish word for walnut.

In order the preserve part of our community’s history, the City of Walnut’s Bicentennial Commission selected the construction of Lemon Creek Park and the restoration of the William R. Rowland Adobe Redwood Ranch House as Walnut’s bicentennial project. In 1871, the Lemon Creek Park area became the property of Sheriff William Rowland, who inherited the 29,000 acre ranch from his father, John Rowland. The modest structure served as the home of Mr. Meridith, ranch foreman for William Rowland. It was built in 1883. The adobe redwood ranch house is one of the few remaining original ranch style redwood and adobe structures in the area. On October 1, 1975, the State Landmark Committee placed the W.R. Rowland ranch house in the National Registry of Historical Places. 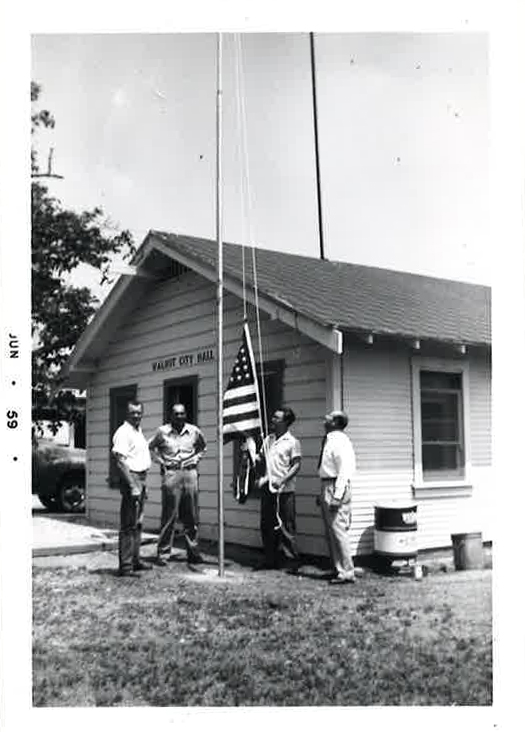 We encourage you to take a tour of the Walnut Historic Sites!